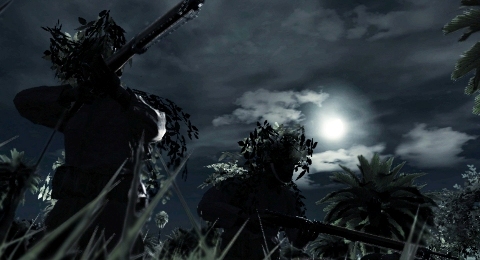 Over at the official Call of Duty forums, Treyarch developer "JD_2020" has posted an explanation regarding co-op gameplay on the Nintendo Wii version of the upcoming Pacific theater shooter.

In short, he describes the co-op mode as an on-rails shooter for up to two players, nullifying any hopes for a proper co-op campaign. Still, he seems optimistic, and considering amount of fun to be had with the on-rails shooter Ghost Squad, it's fair to say that Treyarch may yet come through for Wii owners and arcade fans.