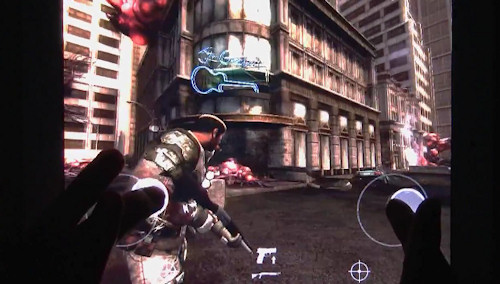 Footage leaked onto the interwebs the other day of an upcoming iPad 2 game which showed off some impressive visuals.  Today, Trendy Entertainment - famous for the Dungeon Defenders titles - have revealed the full title called Afterlife: Ground Zero and released their own video of it in action.

We've been told the game is running on an iPad 2 and utilizing the Unreal Engine 3.  The control mechanism shown is not going to be the one used in the final game, it was only added to navigate the world.  The game is going to be a survival horror title with support for co-op play.  We were told that Afterlife: Ground Zero, which is the tentative name, would also be filled with player classes, RPG elements, and plenty of replayability.

Definitely an impressive looking title that we'll be keeping our co-op eyes out for.