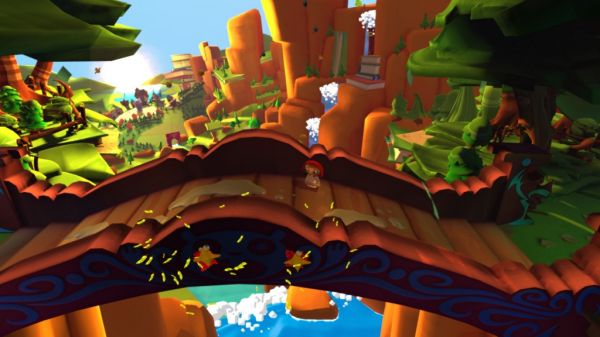 I'm going to go on record right now and say that the Naked Emperor from Fairytale Fights may be the most disturbing and the most awesome character I've seen in video games in quite some time.  There's something psychotic, and yet hilarious, about a naked guy running around with a sword lopping heads off colorful characters.  Perhaps it's the little green leaf hiding his man parts.

Don't believe me?  You need to check out the new trailer we have posted.  We also have some really slick looking character renders of Jack and the Beanstalk, Snow White, the Naked Emperor, and Red Riding Hood.  If that isn't one of the craziest four player co-op teams in a long time - I don't know what is.  Too bad the game only supports two player co-op.