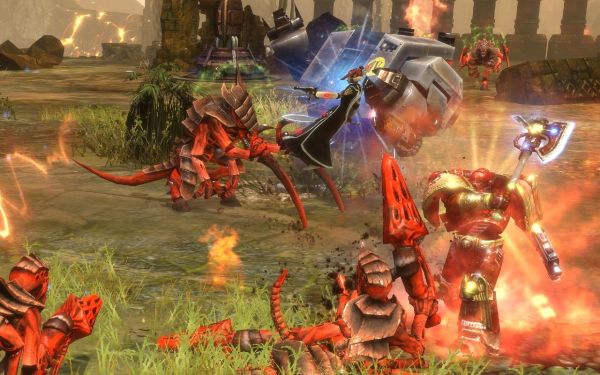 Just like we previously discovered, Dawn of War 2 is getting a brand new cooperative mode to go along with it's most excellent co-op campaign.  Announced today, The Last Stand puts players in control of a hero unit against waves and waves of enemies.  Players choose between a Space Marine Captain, and Eldar Farseer or an Ork Mekboy for their character.  Each one will have their own unique advantages and disadvantages of play - and together they create a well balanced team.

We have the first teaser trailer of the mode as well as screenshots.  There's no word on release date, but when it's released you'll get two new maps and a bunch of bug fixes.  From what we can tell this content will be free.