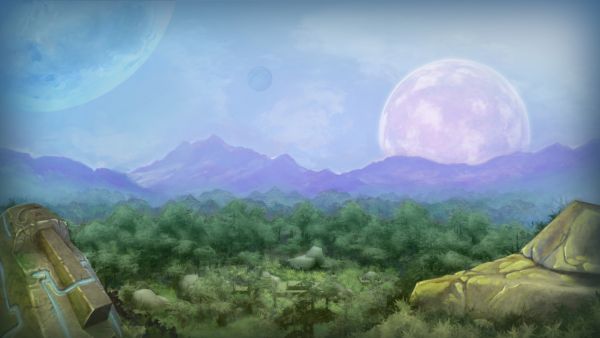 You might notice a distinct lack of balls in the above picture, despite two looming spherical giants.  Fret not, those balls are mad, and are part of the upcoming premium Madballs in...Babo Invasion theme for the Xbox 360.  According to Playbrains this theme will be a bit more light hearted and bright, because most of the 360 themes are dark and sad.  Master Chief is Emo.  Along with the theme is two sets of gamerpics for you to have.

But the real good news is the new weapons that will be available in DLC form.  The BDI get a new weapon called the Slicer, while the Scorched get a gun called the Striker.  Both weapons are intended for arena combat, but can be used in the co-op game by selecting them when you spawn.  Nice!

More details on the weapons dual firing modes can be found at the Playbrains official blog, along with pics of the DLC.  The weapons pack and theme will set you back 240