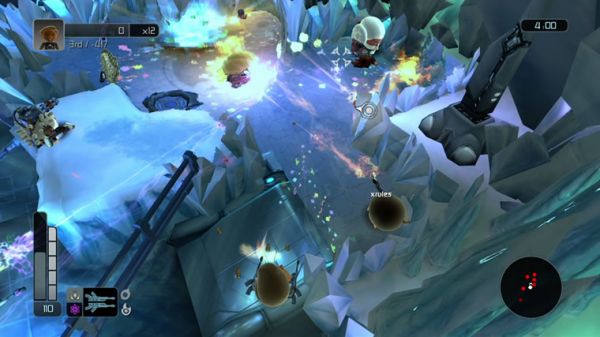 The Xbox Live Arcade is busy with co-op this week! Major Nelson gave us the heads up on two new releases, as well as our Xbox Deal of the Week!

Madballs: Babo Invasion is an arcade title that will feature up to 4 players online co-op. Play as your Xbox Avatar, or as one of the wacky in-game characters to battle royale and show the other Madballs who's boss! The game is a dual analog shooter much like Geometry Wars, set in an over the top universe. You'll be able to customize your Madball with unique weapons and other goodies.

Even though it doesn't have co-op, we thought to mention the Xbox remake ofThe Secret of Monkey Island. The game has redrawn graphics as well as the original VGA artwork, switchable at anytime on the fly.

We really like deals. We especially like co-op deals, like the one for Ikaruga! Ikaruga is the crazy vertical polarized space shooter, that puts R-type style co-op in your livingroom. Check out our Co-op Review to see what we think, then pick this one up for a 50% discount of 400

for Gold Members on Xbox Live!