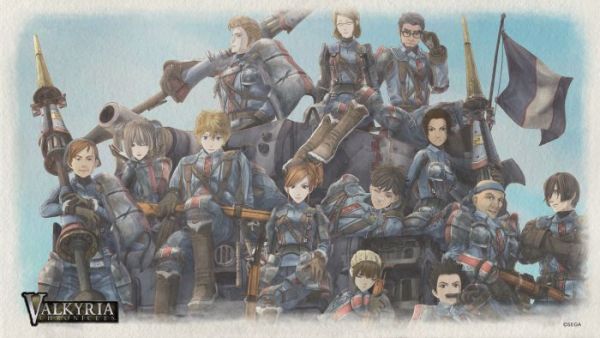 The news from the Tokyo Game Show keeps rolling in, bringing with it some more good co-op news for PSP owners.  Regular listeners of our podcast likely know by now that Mike and I have touted the virtues of Valkyria Chronicles, an action jRTS game released for the PS3 last year.  The one downside to the game?  No co-op.  Well it seems that that particular problem will be fixed in the sequel.  1Up reported today from the show floor that the upcoming Valkyria Chronicles 2 will feature custom characters, multiplayer mode, and co-op.  When asked about the new co-op mode, director Takeshi Ozawa had this to say:

For me, the biggest difference from the PS3 version is that if you're attacked, there's no way to avoid that. You would just be hit as long as you're in the open. But because you can do coop play and you can move together, one person can be bait while the other moves in a back alley and avoids enemy fire.

This quote is just a snippet from a more in-depth interview that 1Up did with the game's developers, and that interview should be posted some time later today.  While the news doesn't reveal how many players the co-op mode will support, or if it is a full co-op campaign, at least the developers are heading in the right direction with this one.  Valkyria Chronicles 2 is slated to be released next year, and you can be sure we'll be keeping an eye on its progress.