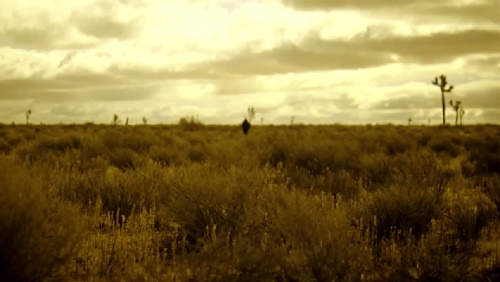 Co-Optimus was recently approached by indie filmmaker Tim Pape while promoting his team's new film project, Desert Story. The first seven-minute chapter - hosted on YouTube - places us in what appears to be a post-apocalyptic setting, and introduces us to the Stranger. His motive is never quite revealed, but we get a good taste of what's in store for the future.

Touting the project as being inspired by games such as the Fallout series and Borderlands, Tim was happy to answer some questions after he'd significantly piqued our interest. We've also embedded the video for you after the interview. Co-Optimus: You named Borderlands and Fallout as inspirations for this project. Were there any other games that made their way in there?

CO: As you know, we are a primarily co-op site, covering games and related news generally oriented to playing with friends. Your project seems to revolve around solitude, or at least it does at this stage. In your writers' minds, what are some of the drawbacks or benefits to wandering the wasteland alone, as opposed to having a friend or comrade with you?

Tim: When you're alone there's no one to betray you.  On the other hand, if shit got hairy there's no one to help you survive.  Plus traveling by yourself can get lonely (which will be dealt with in a future episode).  I think co-op playing would generally be the safer (more fun) way to go.  But what if you couldn't find anyone to help you...?

CO: A very good point. Just the same, what is the possibility of seeing some cooperative characters in your story - someone to share the stranger's adventure?

Tim: As the series progresses, Stranger will meet and work with other characters with varying degrees of success.

CO: Do you see this project as being opportunistic of games, or did you fashion this setting as something that you'd potentially like to see in a playable format some day?

Tim: I don't think that any video-game movies or TV shows to date have truly captured the randomness, illogic and down-right fun of video-games.  Nearly no one plays a RPG or co-op game with the exact same mentality from start to finish.  We change as the game changes.  We do things we would never do in real life (good or bad).  We're trying to capture that psychology in a web series.  Although it would be pretty cool to have a "Nuclear Coleslaw" game someday.