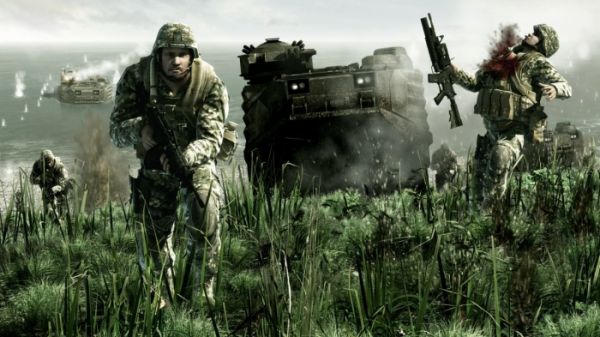 In our review of Operation Flashpoint: Dragon Rising this week, we made mention of some glitches and the lack of weapon customization, and also the scarcity of multiplayer maps (only two maps per each of two modes). Codemasters is working on all of these bullet points already, citing title updates and planned downloadable content.

We’ve got some very ambitious plans with DLC – our first pack is coming up in a matter of weeks. We’ll also have title updates coming up because once the game’s out there, we’ll need to get feedback from the people who are playing it, and if need be make a few adjustments and tweaks.

This was from Sion Lenton, executive producer at Codemasters, during an interview with the Telegraph. According to him, weapons or maps -- or both -- are coming down the pipe in a matter of weeks.

Our team are already prototyping all sorts of stuff to be released as DLC and we’re really excited about it. It’s a really different type of market now; I remember five or six years ago, you’d get a game, finish it, put it back on the shelf and that was it. But now it’s almost as though the game’s release is just the beginning, really. Ours is a game that lends itself very well to expansion – there will be weapons packs, map packs – all sorts of things we can do to get our product out there.

Personally, I'm not expecting anything free for my Xbox 360 version, thanks to the Left 4 Dead and Call of Duty: World at War DLC scenarios; but none of the pricing for any of the versions hasn't been detailed.