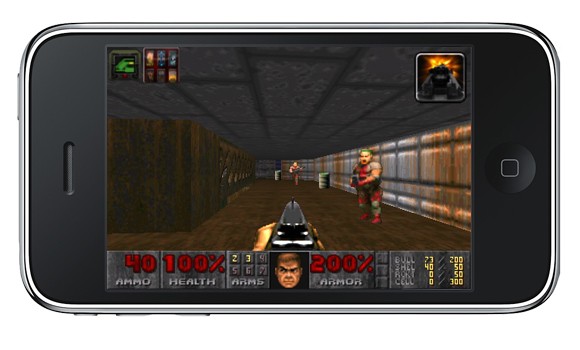 id's timeless classic DOOM game has found it's way onto another platform, the iPhone/iPod Touch.  I believe this makes it the game's 4,371st different platform - including the calculator, handheld, console, downloadable, web, java, and toaster based versions.

The game will set you back $6.99, which isn't too shabby for a full featured version of the game.  If you're looking for another excuse to pick up DOOM, this is probably it.