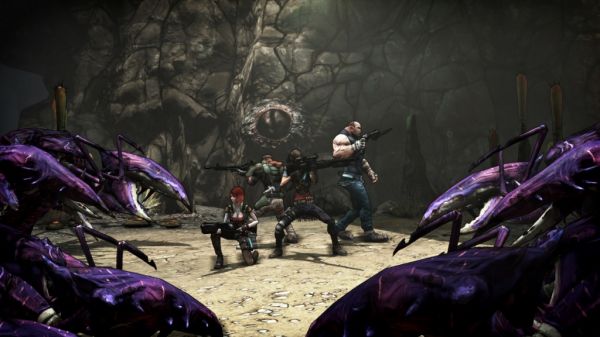 In an interview with VG247.com, Gearbox's Mikey Neumann confirmed that a sequel to Borderlands is a distinct possibility.  In fact, it's a "no brainer."

"Yes, I can probably confirm that there’s a chance of a Borderlands 2. I mean, with anything, especially a new IP, if people want more and you can make more, and everybody can make money and do good business there, it obviously makes really good sense to do that," said Neumann. "Obviously nothing so far is planned. We’re working on DLC. We haven’t really had any talks about a sequel, other than water cooler talk.."

With how well the reviews have been, how many people we've seen playing the game online, and just how addictive the co-op formula is, it seems Gearbox has hit gold here.  I'll be curious to see the sales numbers.  I mean..after all the game was sent to die.