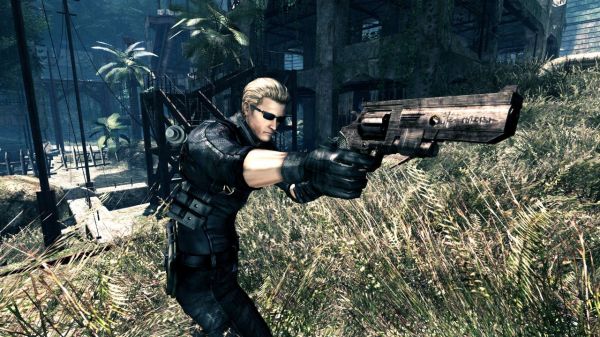 Co-Op gamers should be familiar with Mr Albert Wesker as he was the main villain in Resident Evil 5.  After conquering him in the game you could unlock him as a playable character in Mercenaries mode, and for us, he was a favorite.

So there's good news for those of you looking forward to Lost Planet 2 and its four player co-op mode - Wesker is an exclusive pre-order bonus to Gamestop.  Well it's good news if you like Gamestop, and thankfully it's only a skin.  That's ok right?  Not exactly.

Also, players who take advantage of the pre-order bonus will get their hands on some additional firepower via a revolver added to their arsenal of weapons. A nimble yet extremely powerful firearm, the revolver will help players hone their "one shot kill" skills.

So it appears that players that pre-order from Gamestop will have a one up on other players in the form of a more powerful weapon.  Now where have I read about things like this before...