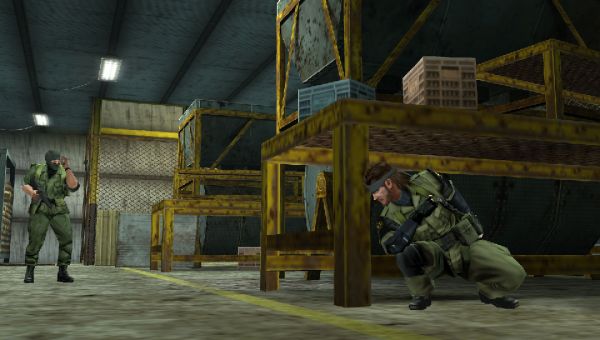 The camouflage act has gone on too long, and Metal Gear Solid: Peace Walker now has a street date (no, not one of those). If you recall, Co-Optimus - myself specifically - was impressed with the demo...this release date will be watched with anticipation.

We have the official press note available for your viewing ease; when you're done, check out our new gallery of screenshots and beautiful concept art.

Developed by legendary Hideo Kojima - the mastermind behind the most successful video game tactical-espionage series of all time - this latest PSP system installment picks up where Metal Gear Solid®3 for the PlayStation®2 computer entertainment system leaves off as players take control of the famed Naked Snake. Taking place in 1974, Metal Gear Solid: Peace Walker features original game design, story and scenario by Hideo Kojima. Scheduled to launch in 2010, the game takes the series in an exciting new direction with its incredible visuals and its unique new game system designed specifically with the PSP in mind.

"Featuring an original story created by legendary game designer, Hideo Kojima, Metal Gear Solid: Peace Walker is a title that has serious sales potential," said David Daniels, Director of Marketing for Konami Digital Entertainment, Inc. "Kojima Productions has pushed the limits of the PSP system and we cannot wait to unveil their latest addition to the Metal Gear franchise to gamers this coming May."