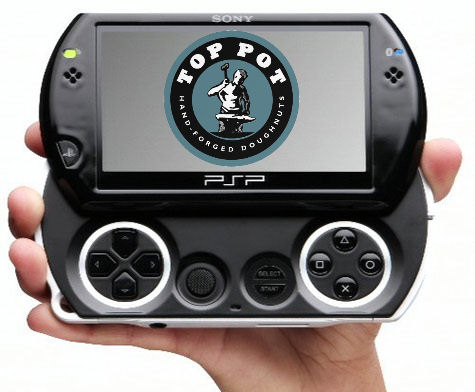 If you're headed to PAX Prime in Seattle next week and you happen to the proud owner of a PlayStation Portable, fan of co-op Games, or just like donuts - the PlayStation Blog and IGN.com are putting on an event just for you!

We’re renting out Top Pot Donuts in downtown Seattle next Thursday evening and will fill it with new and upcoming PSP games such as Kingdom Hearts Birth By Sleep, Valkyria Chronicles II, Split/Second, and God of War: Ghost of Sparta.

While it’ll no doubt be fun to try out those games, we also strongly encourage you to bring your own PSP for friendly competitive or cooperative matches in games like Hot Shots Tennis, SOCOM Fireteam Bravo 3, and, of course, MGS: Peace Walker. We’ll even lend you a copy if you wanna jump in but don’t already have one.

The event takes place from 7:30PM to 9:30PM next Thursday, September 2nd.  You can RSVP to the event on Facebook.  If Co-Optimus was hitting up PAX this year, you can be we'd be there!