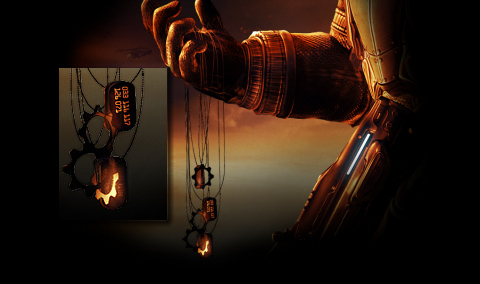 Gears of War is one of the best co-op titles on the 360 right now, and the upcoming sequel looks to be more of the same (in a good way, of course).  Over at the official Gears of War forums at Epic Games, a thread with some interesting speculation is found.  Apparently, a hidden message can be found on the GoW2 main page, if you hold your mouth just right, let your eyes unfocus, and say a few magic words.  In any event, the message, "ESC NOV 9", is speculated to refer to the release date for the game.  (November 9 is a Sunday, for what it's worth.)  The title is expected sometime around the holiday rush, so perhaps November 9 is correct.  We'll keep you posted when an official release date is given, but since the method for finding the message was so interesting, and Gears is so awesome, we thought our dear readers would want to know!