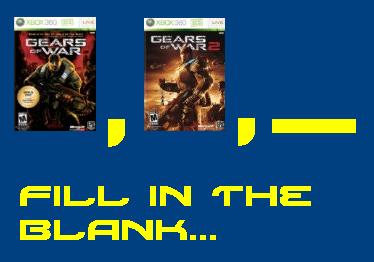 Cliff Bleszinski, of Epic Games, is promising an important announcement coming soon.  Yes, yes, we get it: announcing announcements is irritating.  But considering CliffyB's involvement in the co-op megahit Gears of War franchise, it's certainly worth mentioning.  How incredible is this news going to be?  According to Mr. Bleszinski:

I was unaware that megatons had faces, nor that said faces could achieve a liquid state.  That's rather impressive, to say the least.  CVG predicts that this news will come at next month's Microsoft X10 event.  More than likely, it will be the announcement of Gears of War 3, but will it release in 2010?  Who knows, but in the meantime, let's all hit the gym, eat lots of beef, and practice swearing at each other.  You know, just in case.