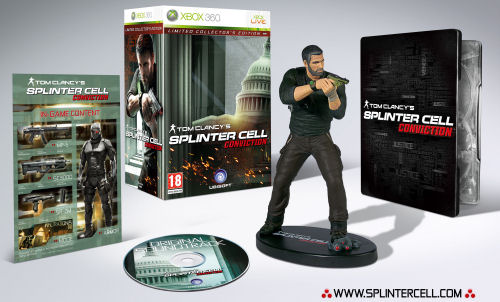 Splinter Cell Conviction is set to launch on February 23rd and with it comes a special collector's edition.  It just wouldn't be proper release without some special box.  Included in the box:

No price was given, but Amazon currently lists it for $69.99.

In other Splinter Cell Conviction news, the multiplayer modes of the game will be unveiled tomorrow, December 16th, on Xbox Live.  This are in addition to the already announced cooperative modes.