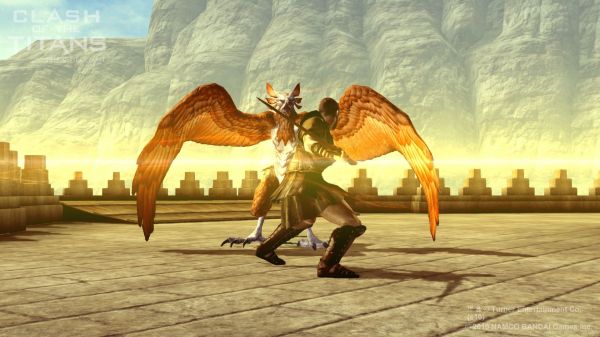 A game that slipped under our radar as one with co-op is the upcoming movie tie in for Clash of the Titans.  The game will feature 2 player co-op throughout the a campaign that features over 100 different enemies to slay.  You'll see tons of mythical creatures like Medussa, The Kraken, Cyclops and more along the way - all larger than life - all begging for a fight.

The action game features environment destruction throughout its 15 unique different environments to unleash hell on.  Basically you can blow crap up, then use that crap to your advantage to defeat the giant beasts.  Sounds like a good time.  And with 80 some weapons and skills at your disposal, your dream of stabbing a Cyclops in the eye with a cob of corn can finally come true.  I'm not sure if that's really a weapon in the game, but it should be.

Unlike other action games like Devil May Cry and God of War, it sounds like Namco-Bandai is looking to make this an extended affair.  The main story mode claims about 15 hours of play time, with a "quest mode" that contains an additional 100 quests to play.   There's also promise of more DLC with additional quests and weapons.

Clash of the Titans is out at the end of March.