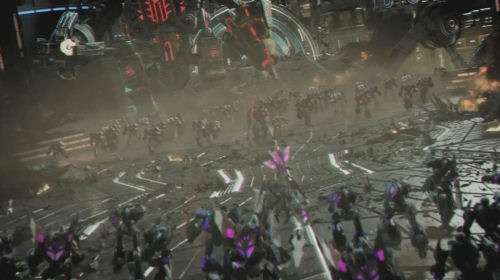 Activision has released a new trailer of their upcoming Transformers action game called War for Cybertron.  Fans of the old Transformers will be pleased with the style of the robots, and fans in general should be happy to hear Peter Cullen's voice narrating the trailer as Optimus Prime.

The trailer gives us a sense of the scale of battle that will take place on the remote planet of Cybertron as the Autobots battle the Decepticons.  Co-Op details are still sketchy, and so far we've only had confirmation of "team based co-op" - but we'll keep holding out for an experience integrated into the story.