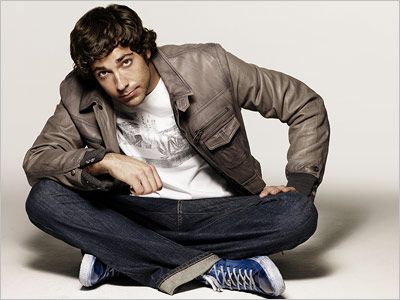 In a recent interview with Conan O'Brien, Zach Levi (Star of Chuck) explains his trials through playing games online. His example comes from Ghost Recon, comparing when XBox Live was new to the present Xbox Live etiquette. He explains to non gamers that there once was "honor" online between gamers, but that has disappeared almost completely with the way 11 year-olds behave when given a headset.

Does this disrespect create a case for playing cooperatively with one another? We certainly think so.  The example given talks about team work in Ghost Recon, and though it's not clear if he's talking about the game's co-op mode, the anecdote surely suggest cooperative play.

I don't know about you, but I'd rather have a friendly session with people I've met here on Co-Optimus than jump into an anonymous online Halo 3 match with not-so-nice strangers.  And before you'd know it, you'd find yourself explaining tea-bagging while sitting next to Tom Brokaw on Late Night television.