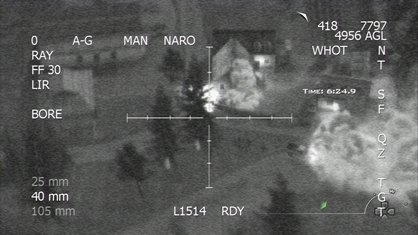 "If you ever get some MW2 going when I'm on hit me up. I just got it the other day."

This is the Xbox Live message I received from our very own Jackel, whom I know as Dan. Someone who took a genuine interest in meeting the Co-Opticrew at PAX, he is easy to talk to and hang out with. Pile on the fact that he has a daughter of a similar age as mine and a very open mind...the possibilities are great.

Recently, we finally had the opportunity to be online simultaneously. Despite my unhealthy addiction to the ranked versus modes of Call of Duty: Modern Warfare 2, I proposed that we power through at least one Spec Ops mission, with success (Dan's a very agreeable guy).

Unfortunately, we had to cut our playtime short, but we were still able to wrestle a couple of stars out of the under-appreciated Spec Ops co-op mode. We loaded up fan favorite Overwatch level - which pits one player as an AC-130 gunner and the other as the poor sap who must navigate the level on foot. At Co-Optimus we often tout the importance of communication, and enjoy it when a developer nudges players in that direction; however, catching up and having a friendly chat while attempting to launch 40 mm sabot rounds with pinpoint accuracy is no easy task. Nonetheless we were able to complete the mission on Hardened difficulty, earning two stars before the children each took over their respective households.

Overwatch is one of several missions that absolutely require a second player - either online or locally - which I think is a nice touch on Infinity Ward's behalf. In my opinion the mode is not perfect, but it's darn fun, and requiring two players on some of the missions guarantees that completists will make the effort to find a co-op buddy at least several times during the progression.

Thanks for tearing me away from the adversarial mode for a while, Jackel, and here's to our next assignment - be it tandem sniping or clearing houses together!