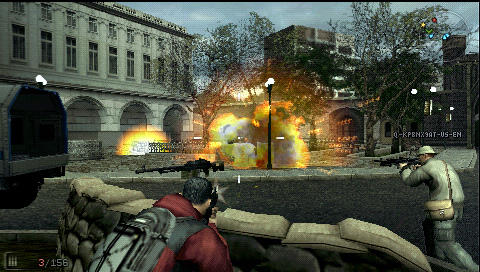 The PSP isn't one of the most heavily featured gaming systems here at Co-Optimus.  There just haven't been that many co-op games for Sony's powerful portable handheld.  But fans of on-the-go team-based shooters may just have a real treat in store with SOCOM Fireteam Bravo 3.

The demo will be available for download on February 11, just over a week away.  A co-op mission from the campaign will be included, and allows for 4 players to work together via ad-hoc.  The Playstation Blog has more details, including a couple new screenshots, plus information on pre-order bonuses (if you're into that sort of thing, which we pretty much aren't).