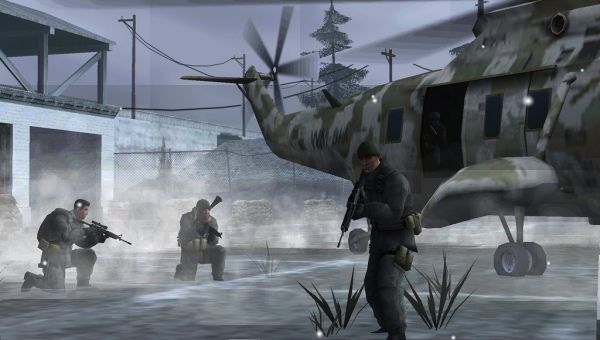 ...which is good, since you'll have both hands wrapped around your PSP. Sony has confirmed today that SOCOM Fireteam Bravo 3 will feature 70 weapons with 5 attachment slots each, all of them useable in the nine-mission single-player campaign and the extensive multiplayer mode.

What? Oh, you were expecting co-op news? Well, try this on for size...

The game will also feature four-player co-op throughout the single-player campaign via ad hoc and infrastructure (wi-fi online). When one mission gets stale, the host can choose to change up the objectives and enemy placement to keep things fresh. Furthermore, those 70 customizable weapons are available in co-op, and spectators are allowed if the host so chooses. To top it all off, drop-in/drop-out is supported.

Obviously, this game just showed up on our SONAR as a major active ping. This may very well be the most co-op friendly PSP game to date. IGN has a nice co-op preview, which we expect any self-respecting PSP owner to read.