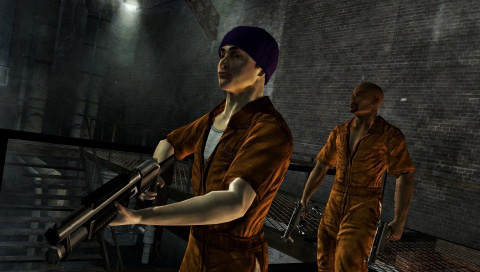 If you are the type of person that feels naked without at least a cone on your head, then THQ’s CEO, Brian Farrell, may be the man to phone up and thank for some great news for co-op fans.  Although silly, overly violent and morally dubious,

Saints Row 2 was great co-op fun.  Two players were able to play through the entire campaign and take part in a plethora of mini games; what could be more family fun than jumping in front of cars together for an insurance scam?

The game was a great success, with the co-op aspects in particular being praised.  This means that any sequel is likely to have co-op elements, perhaps even extending them to 4 players as is becoming increasingly common ground (Crackdown 2).  What would you like to see from a new Saints Row game?

With few details yet to be released the game is heading in for the 2012 fiscal year, so expect Saints Row 3 from April 2011 to the following March. Look here for more details from Kotaku about other upcoming sequels that THQ have announced including Red Faction Guerrilla 2 and Darksiders 2. Will Darksiders 2 get the 4 player co-op that was removed from the first game? Ask those who have completed the game to find out …