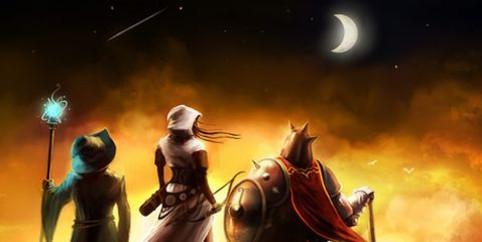 As the wizard, thief and knight gaze into the middle distance, perhaps their sense of reflection is brought on by the news that Frozenbyte, the creators of Trine, have mentioned on their online forums that a 360 version of the game:

"is out of our hands, but most likely will not happen.  Sorry.  (We probably won't comment any further.)"

The game was never officially announced for the Microsoft platform, but the game's appearance on PC and Playstation 3 meant that many people thought it would eventually be ported over.  We at Co-Optimus liked the game, but rumors have been circling for a while that a 360 port may never arrive.

With a number of issues plaguing the PS3 version of the game, are 360 owners disgruntled that this 3 player co-op game is no longer coming to Live Arcade?