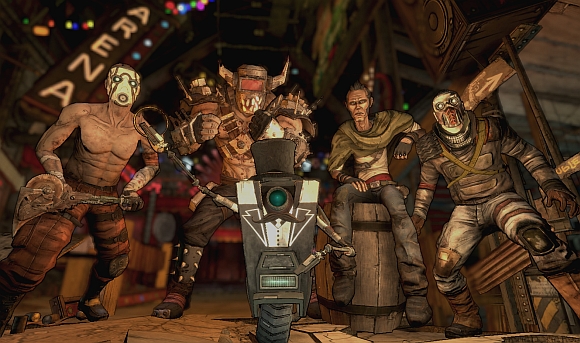 A lot of people have been keeping an eye on the Borderlands DLC, but perhaps some of us haven't exactly been eager to jump on the digital distribution bandwagon. For those in that category, 2K games has announced a Borderlands DLC bundle that will include: The Zombie Island of Dr. Ned and Mad Moxxi's Underdome Riot, and the brand new Secret Armory of General Knoxx.

The DLC bundle is set to be released for Xbox 360 and PC around April 1st, with a PS3 bundle still unconfirmed but not ruled out by any means.

Edit: There has been a bit of confusion around this DLC pack, please allow us to clarify. According to our research, the double pack with Mad Moxxi's Underdome Riot and The Secret Island of Dr. Ned was pulled, and reconsidered to include the General Knoxx DLC. We will do everything in our journalistic powers to get to the bottom of what is the actual case with this retail disc pack, and get back to you soon.