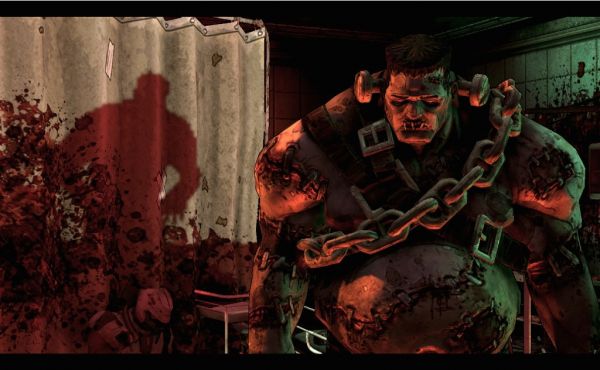 We seem to really enjoy our Borderlands. Many of us have already finished the campaign and are leveling up their second and third characters. There's good news for those that wanted more; a new island will be available for download after November 24th. The DLC pack is called "Zombie Island of Dr. Ned" and will give players an additional 6-10 hours of gameplay time to complete the story here. IGN has stated that there are about "50 quests, and 5 new dungeons" on this new island, with a plethora of zombies accidentally created by a wacky Dr. Ned.

Since we'll be getting more content via DLC, some people were curious about what we can expect in the future as far as new areas, revisiting old areas in new ways, and even level caps for our characters. Randy Pitchford is happy to deliver as much information as he has at his disposal, and he's given us a nice taste of what to expect with future DLC in his interview with Game Informer. He starts off talking about new areas in the game, and what we should see in the future.

"With DLC, we focus most of our energy on new content. However, there are some things people love, and would like to see done in different ways. So that obviously influences us. Specifically about Old Haven, I don’t think you’ve seen the last of that."

It would appear that "Zombie Island of Dr. Ned" is just the tip of the potential Borderlands DLC plans. Speaking of Dr. Ned - we're curious how a group of renegades will even get to an island if we have a character that hasn't unlocked or done much in the main story.

"When you download The Island of Dr. Ned, you’ll unlock a fast travel pass, even if you haven’t unlocked the fast travel network. From any registration station in the game you can immediately transport yourself to the zombie island. From there, a new adventure unfolds. It’s a separate adventure, and a new adventure that has a beginning, middle, and end. In some cases, I think the story is more cohesive and stronger than the main story in Borderlands. The commentary that is there is very subtle. It’s basically a treasure hunt that has a bad guy at the end that protects the treasure. It’s a very simple premise. Now, we’re never very heavy fisted with storytelling in Borderlands. We focus on the action, and the gameplay and the pace. We’re not going to be adding any dialogue trees or cutscenes. Of course, there will be a little something to set it up. You’ll have instant access to it, and really fast you’ll be killing zombies, franken and wolf monsters, and all sorts of cool stuff."

For the people whos characters have unlocked the rest of the game, played through to the highest level, there may be incentive to keep using your old character in the near future. Randy Pitchford assures us he's working on a higher level cap for those that wish to continue growing, learning, and smashing heads.

"I know [higher level caps are] something that people really want. You asked me earlier how difficult it was to balance everything, and as a customer I don’t care – I don’t want to hear how difficult things are – I just want what I want. I spend a lot of time making excuses, but we want that too, and we’re investing in that and I would not be surprised if we are able to offer that in the future, but at this point I can’t make any promises."

We also want what he wants. It's looking like Borderlands will have a nice long life in the hearts of gamers, as long as they keep the DLC affordable. "Zombie Island of Dr. Ned" will be available for $10, and it sounds like it will be worth every penny.