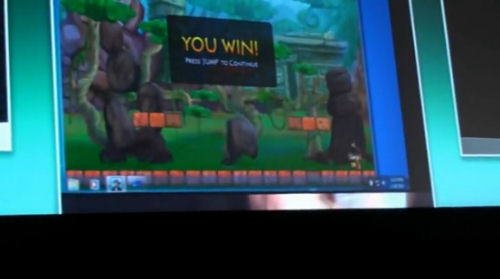 While we wait to see Live Anywhere come to fruition, Microsoft has been demoing some concepts of the service and the results are very promising.  The example shown at the Tech-Ed conference has a single game running on Windows, Windows Phone 7 and Xbox 360.  Each version of the game is identical, save for the controls.

What does this mean exactly?  In the demo we see how things like game progression can migrate across devices.  That means you can start the game on your Xbox 360 and then pick up where you left off on your phone during your morning commute on the train.

For the developers out there the game shared 90% of the same code base across platforms.  That means maximum exposure for your product with very little investment to get it to other mediums.

This kind of multi-device connectivity also opens up some interesting gameplay mechanics for co-op gamers.  Imagine PC players controlling an RTS view of a battlefield while the Xbox 360 gamers work on the first person shooting elements.  Finally our friends with the phones can manage the economy and resources, shifting unit upgrades and weapons to where it's needed most.

It's a pipe dream that was once only a concept, but now it's possible and getting closer to reality.