In case you haven't heard, Too Human comes out in just 3 short weeks.  We've been covering the game since April, and I think our anticipation couldn't be much higher.  Even though the demo deprived us of co-op, it wet our appetites enough to know we'll be plugging hours upon hours into this game.

Of course as any game release approaches, the advertising campaign kicks up.  In the latest issue of EGM there's a fairly interesting ad for the game which shows off the results of a pretty brutal battle.  The main character Baldur is surrounded by a mass of enemies, each with floating text that states "time of death" all 1 second apart.  Ok, cool.  But then there's simply one line of text, a quote by the 19th century controversial philosopher Frederich Nietzsche.

Be careful when you fight the monsters.  Lest you become one.

The full ad is posted after the "read more" link. 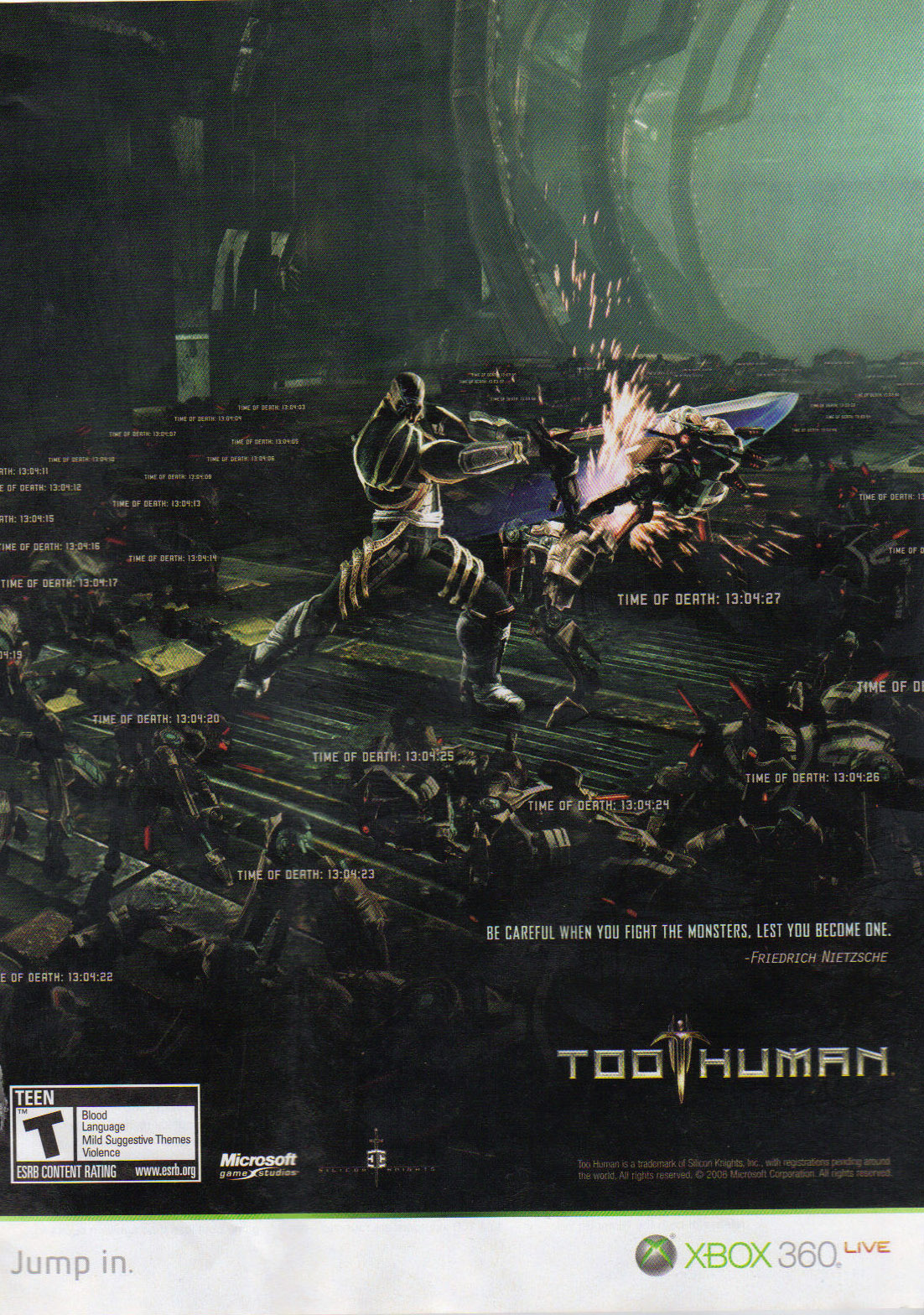