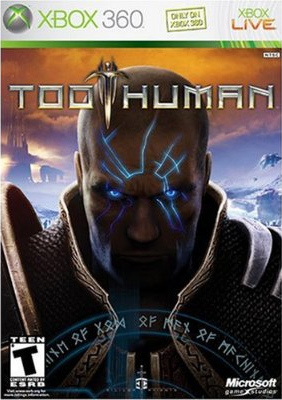 We normally try to stay out of the business side of things on Co-Optimus, but I found this story interesting none the less.  According to the NPD, a group that estimates monthly sales based on statistical data in North America, Too Human sold around 170,000 copies in just 2 weeks in August.  This was enough to put the game in the top 10 sold of games behind the 37 versions of Madden (ok, there were 4) and 21 Wii Gimmicks (ok...2...Wii Fit and Wii Play).  The reality is the only other AAA title ahead of Too Human was Soul Calibur IV for the Xbox 360.

It'll be interesting to see how well it sells over time despite the negative reviews.  Speaking of reviews, you can find our co-op review right over here.