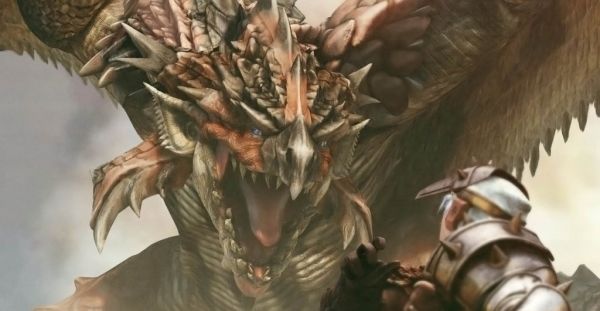 Capcom has announced Monster Hunter Freedom 3 for release in Japan sometime before the "end of 2010". As with previous Freedom titles, this one will be exclusive to the PlayStation Portable.

Cooperative play is confirmed, but no official numbers or connectivity yet. Based on the series' history, you can probably bet on 4-player ad hoc co-op, at least. A trailer has been posted, showcasing some of the new monsters, swords, armor...and guns. This should be interesting.

Capcom Announces "Monster Hunter Freedom 3" for Release
at the End of 2010!
- The wait is over! The game that started a craze is back! -


Capcom Co., Ltd. (Capcom) is pleased to announce the release of "Monster Hunter Freedom 3" for the Sony PSP® (PlayStation®Portable), set for Late 2010.

"Monster Hunter Freedom 3" is a hunting action game that puts the player in the boots of a fearless hunter tracking down and fighting ferocious monsters in a breathtaking natural expanse. The distinctive and groundbreaking cooperative game play style of the "Monster Hunter" franchise, which lets friends work together to bring down huge, fearsome monsters as a team has fostered a new level of communication and interactivity in video games, and has spawned the social phenomenon known as the "Monster Hunter Craze". As well as recently being awarded the Minister of Economy, Trade and Industry Prize, an award that commends the people who created it, and receiving a Special Award in the games of the year division at the Japan Game Awards: 2009, Monster Hunter won the highest award and accolades at the CEDEC AWARDS.

The latest addition to the "Monster Hunter" series, "Monster Hunter Freedom 3", adds new elements of communication while enhancing the feel and beloved game play of the series. With the introduction of brand new regions and monsters to the series, an improved Felyne Comrade System, and having polished the cooperative play system that makes playing "Monster Hunter" on the PSP® so much fun, the game's content will not only satisfy players who are already fans of the series, but new users as well.

At Capcom it is our continued goal to bring our properties to multiple platforms to provide the best entertainment experiences, and the "Monster Hunter" series is no exception to this. We hope to continue meeting and exceeding the expectations of gamers with our dedication to develop exciting titles for the best gaming platforms available.