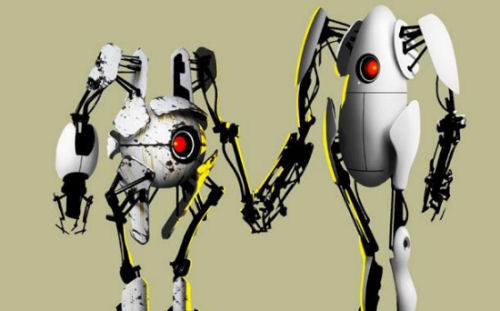 Now that you know Portal 2 will contain a co-op campaign featuring two robot protagonists, the next thing you need to know is just who they are - or at least what they look like.  CVG managed to secure an image of the robots, who appear to be more than just friends.  Could they be a co-op couple?

Other than that information has been scarce on the details, but we'll probably be finding out more come E this June.  Portal 2 is set hundreds of years after the first game starring, surprisingly, the main character from the first in an overgrown Aperture Science lab.