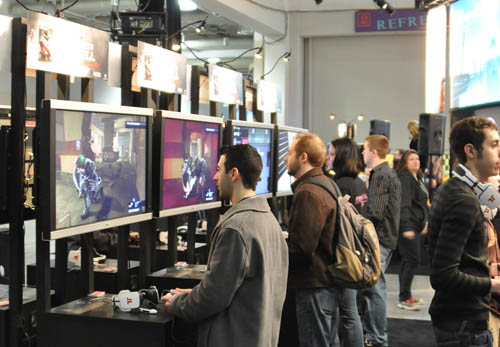 I snagged a handful of pictures from around the show floor of the first ever PAX East in Boston, MA this weekend.  Sadly I didn't get as many as I would have liked because we were busy navigating crowds, finding great games to play, listening to panels, and chatting it up with developers.

Overall the show is a good start, but it has a bit of a ways to go to reach that epic feeling of PAX Prime.  For the most part PAX-E falls in a difficult part of the year for most developers, so it'd be interesting if the Penny-Arcade folks could alternate years between East and West coast PAX's.