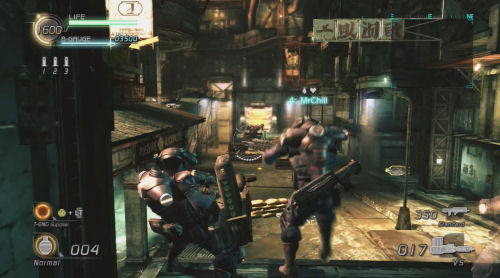 Four ordinary people picked to play Lost Planet 2 together in co-op.  This is their story.

No it's not some MTV reality show, it's the latest video that Capcom has put together to promote Lost Planet 2 and its four player co-op mode.   The video is pretty action packed and the game looks as good as ever, but I know a few folks are still doubtful on this one.  Perhaps this is the video that finally makes you go - "Yeah, I'll have that."

And have that you will - a full week early.  Capcom has announced the release date has been bumped up from May 18th to May 11th.  That's less than 6 weeks away!