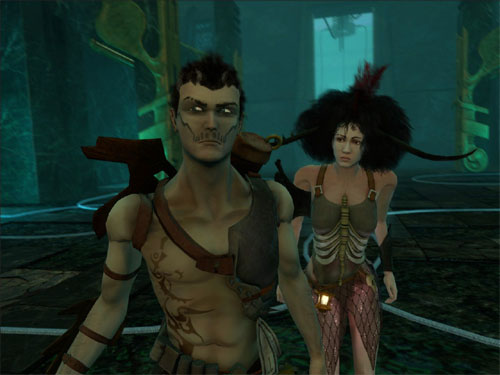 A little while back we gave you guys a heads-up and trailer for Zeno Clash: Ultimate Edition for XBLA. We originally told you that it would release today, March 31st, but plans have changed. It's now set to release in early April. Atlus will be releasing more specific details in one of their next press releases. If the XBLA version's price is about the same as the PC version's price, we should expect the price to be about 1200

Hey, if it's done right, it'll be worth the wait. Remember that the Ultimate Edition of Zeno Clash will add a whole lot to the originally PC-only game. From their site:

Enlist a friend to take on enemy waves in Tower Challenge, a special survival mode that offers additional replayability beyond the single-player campaign. Play cooperatively online, or locally via split screen. With leaderboards to rank you against your friends, the challenge never ends!