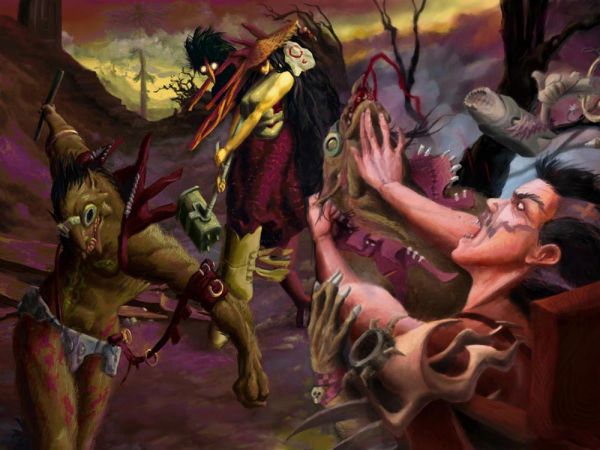 We mentioned some time back that an Xbox LIVE Arcade port of the PC indie hit Zeno Clash was in the works and that this version would include, among a few other features, the ability to play the game co-operatively.  ACE Team, the studio behind the game's development, recently revealed a few more details about this port to VG247.com, including what to expect regarding the game's co-op mode.

The tower challenges are present in the PC game, but the Xbox 360 version will have co-op for this game mode.  Now you will be able to beat up enemies with a buddy via Xbox Live or split screen which is twice as much fun.

For those wondering what the Tower Challenge mode is, exactly, it's essentially a kind of survival mode where players face off against enemies in a variety of situations with the difficulty of each of these encounters increasing as the player makes his/her way up the tower.  There are five tower challenges total that can be unlocked as the player makes single-player campaign progress, and each challenge ends with a final boss battle.  Survival modes may not be anything new in the co-op world, but this one promises to be a little bit different due to the game's core play mechanics (first-person brawler) than many of the other modes that are out there.  The one downside, in this case, is that it sounds as if the co-op for this particular survival mode will be limited to two player online or local co-op only.  Sure there are plenty of great co-op experiences to be had with just one buddy, but adding two or three more tends to increase the fun by quite a bit.