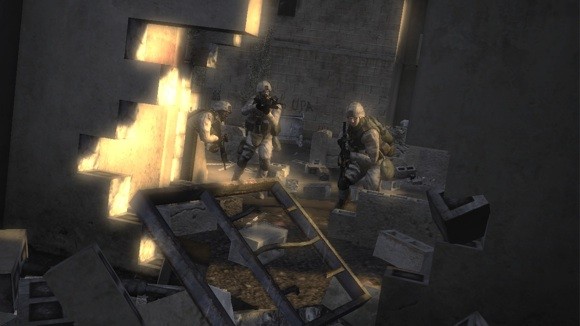 To say that Six Days in Fallujah is somewhat controversial is an understatement.  Considering the subject matter of the game, set in one of the worst periods of the war in Iraq, it isn't surprising that some find it questionable.  The war is still going on, and political overtones from all sides tend to cause strong feelings about it.  Is the world ready for a video game based on the Iraq war?

That's the question Atomic Games president Peter Tamte is trying to answer.  Tamte talked with Joystiq recently, and, understandably, had much to say about Six Days in Fallujah.  He detailed the personal involvement of many Marines in development, and cleared up some misperceptions about the current developmental state of the game.  Perhaps the most interesting quote refers to Best Picture The Hurt Locker:

If film can do this, if film can deal with this, why can't we deal with that in an interactive format where we can get people so much closer to the experiences?

That's certainly an interesting question.  Watching a film is one thing, but is being an active participant in a gaming experience notably different?  If so, does this make the content more objectionable?  Or might it make the protagonists more sympathetic?  If nothing else, the interview, and Six Days in Fallujah itself, are food for thought.