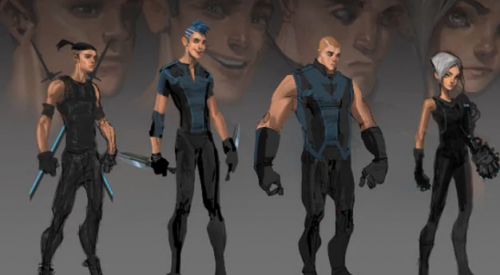 Kickstarter is pretty darn spiffy, as it lets us consumers find projects we'd like to see made into a reality. One such example is Project Lodus by Leviathan Interactive. Designed as a cyberpunk-themed, action RPG, the designers are quite emphatic about it being envisioned as a great co-op experience - something we always love to hear around here.

It sounds pretty promising and ambitious to boot. The developers are planning for motion-captured combat as well as a streamlined playing experience. There will also be in-depth character progression, both from the story and events as well as human augmentation (this is cyberpunk themed after all!).

Check out the video below (as well as the source link) to get more of an idea about the game.

If kickstarted, Project Lodus is planned for digitial distribution on the PC. Since the developers would love it to be multiplatform, they're eager to hear from the community about other platforms they'd like to see it on.