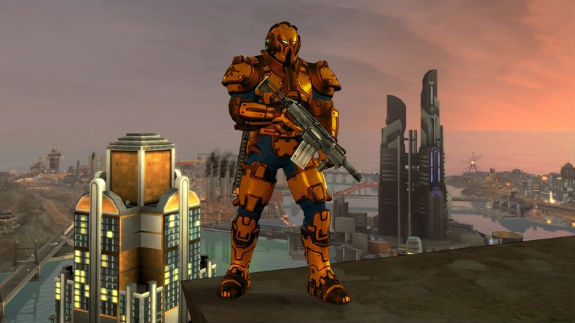 While the original Crackdown supported System Link playing for co-op, Crackdown 2 won't be featuring the same option according to an MTV Multiplayer article.

Why is it missing from the game?  Once again the time constraint argument comes up, this time from Microsoft Producer Peter Connelly.

"It would've taken a half-day of work, for something that only a tiny percentage of gamers will ever use."

He also mentioned that by including system link, it increases the amount of certification time required by Microsoft to test the game.

So while development time didn't seem to be an issue, the certification time may have played a role. Of course conspiracy theorists will tell you this is Microsoft's way of getting you to purchase more Xbox Live Gold subscriptions.

With no system link and no split screen play, Crackdown 2 is most definitely an online only affair.