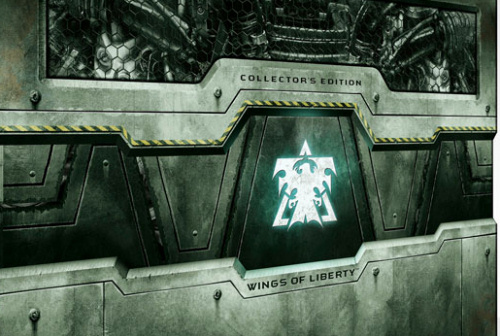 Blizzard has announced the pricing of the regular edition and a brand new Collector's Edition of StarCraft II: Wings of Liberty.  The regular version of the game will set you back $59.99 when it launches later this year while for the truly die hard fan weighing the collector's edition will set you back $99.99.  What's in that shiny box? There's still no official release date for the game which contains cooperative "comp-stomping" as well as co-op achievements.

Will you be snagging the collector's edition of StarCraft 2?  I know one thing, that USB drive makes this offer very tempting.