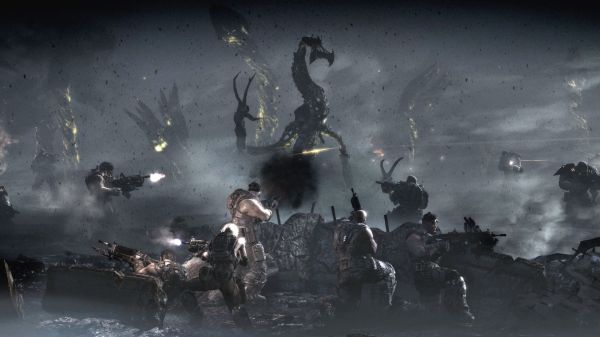 When we brought you the new Gears of War 3 trailer first thing this morning, we didn't have any solid co-op details yet. Tipster Rafoca linked us to a rumor that teased four-player co-op in the campaign, and now we have confirmation:

This is from Cliff Bleszinski's Twitter account today. Are you excited? I know I am - I'll be breaking a longstanding house rule and finally getting on board the Centaur Tank!

UPDATE: We're also seeing some hints about certain sections of the campaign being played from another COG squad's point of view...meaning new, playable characters and some scene switch-ups.

Thanks to Zonf86 for the update tip!