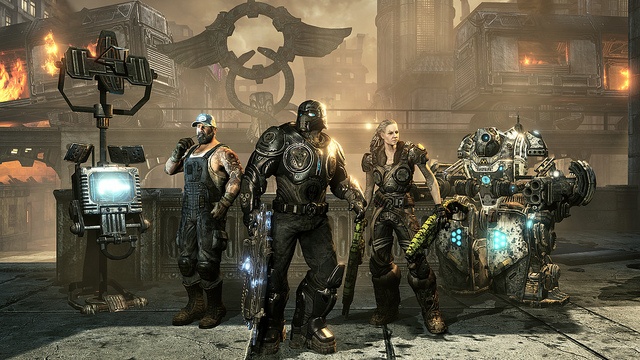 Gears of War 3 packs an incredible amount of co-op content into one game. The game will get even bigger in just one month’s time. The 'Horde Command Pack' DLC lands on November 1 for 800 Microsoft Points. As expected, it will include new maps, characters, Achievements worth a total of 250 GamerScore, and lots more.

Major Nelson revealed the full contents of the 'Horde Command Pack' on his blog:

800 Points is a great value for all that content – Call of Duty map packs offer a lot less at 1200 Points! And remember, if you plan to purchase each Gears of War 3 DLC pack on release day rather than holding out for a sale, the Season Pass is the way to go. As we mentioned a few weeks ago, it includes the first four DLCs for 2400 Points, a discount of 800 Points. It’s like getting one pack for free.