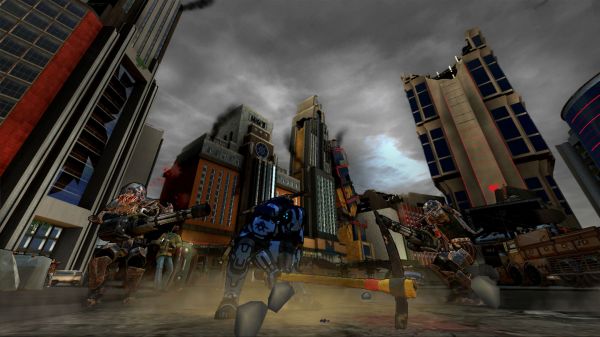 According to a CVG interview, Crackdown 2 producer Peter Connely said the game will feature "thousands of onscreen enemies" at once.

"During the day you've got to battle against The Cell, which is the remnants of the gangs and civilians who have joined together against The Agency. So you've got quite a formidable set of adversaries with thousands of characters on screen for you to mow over or eradicate which ever way you see fit."

While the first Crackdown had an admirable amount of characters on the screen, it was no where near one thousand at a time.  Throw in four player co-op and all those bodies for the exploding, and the potential for Crackdown 2 to be a jolly good time keeps growing.