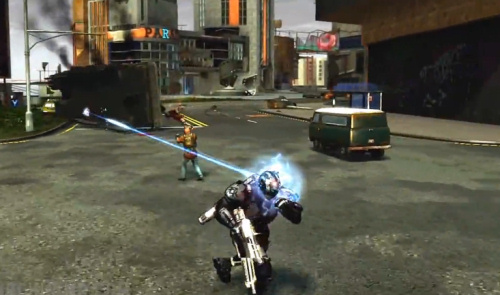 When I was young and started losing baby teeth, my mother always told me to tie one end of a string to the tooth and the other to a door, then slam it shut.  While I never had the guts to actually go through with it, I'm pretty sure what I've just seen in this video for Crackdown 2, I won't have a problem with doing.  Perhaps this method of dental removal was inspiration in Crackdown 2, a game where you can attach a car on a rope to your head, and then proceed to run around the city leaving a wake of destruction behind you.

Believe it or not there's more than just that in the 2 minute trailer for the game.  Watch it, like it, buy it.  Then come play four player co-op with us when the game launches this July.