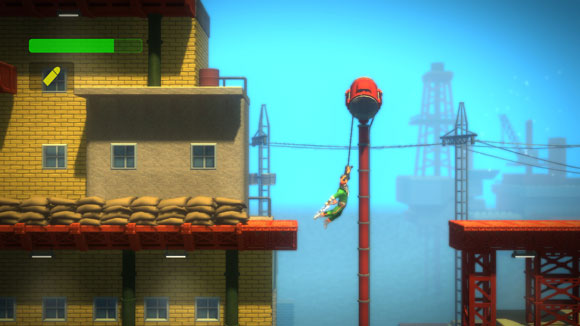 Des was a swinger who liked to hang around the docks

Capcom are having a great 2010 in terms of co-op friendly games, with the likes of Lost Planet 2 and Dead Rising 2 already announced.  For those looking for a simpler experience, there is news that a sequel to the rock hard, but entertaining, Bionic Commando Rearmed is in the works.  The XBLA version received a decent review from Co-Optimus, but was only local co-op on XBLA, PSN and PC.

A trailer was shown during Capcom's Captivate event that revealed new environments, improved graphics and the ability to jump.  Even with jumping now included, a sequel is unlikely to stray too far from the gameplay that the original Rearmed so impressively reinvented, but online co-op would suit the game.  Could there be any more secret Capcom sequels coming in 2010?