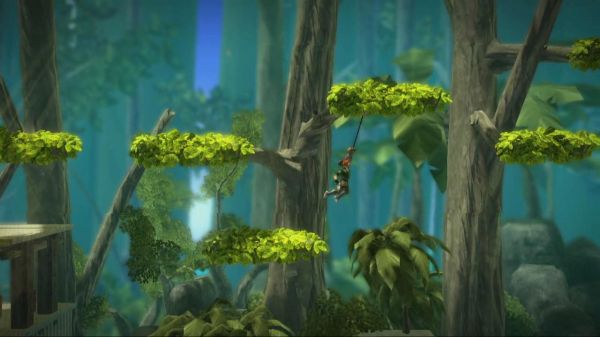 It was only yesterday that the embargo on Capcom's Captivate event lifted and news about what Capcom has in-store for gamers over the next year was revealed.  Included in this bevvy of information was the announcement that Bionic Commando: Rearmed, the remake of the classic NES title, would be getting a sequel, though it wasn't clear whether or not the sequel would also include a two player co-op mode like its predecessor.  Well, Capcom has released the official details and it seems that not only will two player co-op be back, but it will also be "better than ever."  While that's all that's revealed about Bionic Commando: Rearmed 2's co-op, the rest of the details offer some possibilities for how the co-op could be improved.

One of the biggest issues I had with the co-op in Bionic Commando: Rearmed was how it never really felt like the second player contributed much to the overall experience.  Sure, having a buddy along made the game more fun, and the boss encounters actually changed when two players were present, but I never got that real "co-op experience" that I've had with other games; even other platformers.  Perhaps Bionic Commando: Rearmed 2 will fix that with some of the new physics-based puzzles and the new attacks/enhancements for the bionic arm.  Hopefully, some of those enhancements will include unique co-op moves, like maybe grabbing your co-op buddy and flinging them across gaps, that will make the co-op "better than ever."