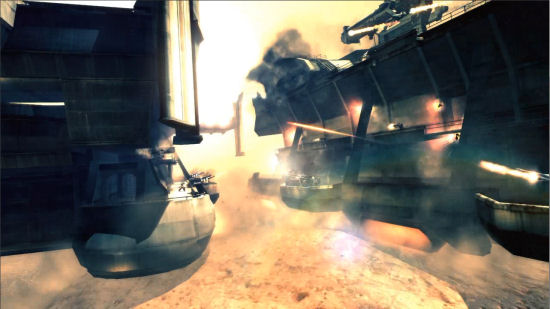 We've just been passed three minutes of Lost Planet 2 gameplay footage in what was called a "cinematic select" look at the game.  Whatever you want to call it, it certainly wets our appetite for the 3rd person co-op shooter which hits in a little less than two weeks now.

Speaking of Lost Planet 2, have you checked out the multiplayer demo on Xbox Live and PlayStation network?  Don't forget just downloading it is a cooperative effort towards charity, despite there not being any co-op in the latest demo.  Capcom released that demo first.