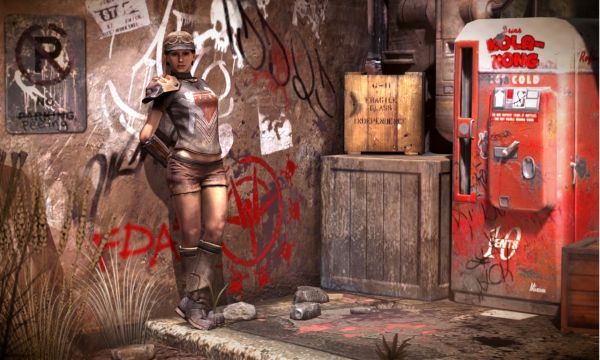 According to Shacknews, at a recent Bethesda preview event of upcoming titles, RAGE was announced to have a 2011 release date.  Previously the game was thought to be a late summer release.  The actual mantra is "when it's fun and done" for the release date, though a specific time frame was given.

The good news is, even with almost a year until release, the game is running beautifully not only on the PC, but on consoles as well.

Though the game is, at least, eight months out, id claims that both the PlayStation 3 and Xbox 360 versions are already running at sixty frames-per-second. I recently saw the Xbox 360 build, and it was certainly running silky smooth with no dropped frames or screen-tearing that I could see. The game itself looked gorgeous, the outdoor scenes in particular, to the point where I had a hard time believing it was running on a console.

No details were given on any of the multiplayer modes, that includes co-op or competitive at the event.  Perhaps there's still a chance for a co-op campaign?  Currently RAGE is set to contain a separate co-op mode for two players.

We've got a fresh batch of screen for the game, and even though there's a lot of similarities with Fallout 3 in terms of style, the game still looks to have it's own feel to it.