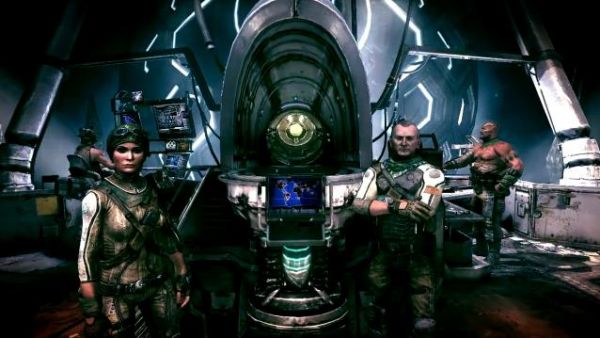 I had the opportunity to play Rage at E3, and honestly, it was great.  Simply great.  It was beautiful, the graphics were silky smooth and the level of detail was truly impressive.  The inventory handled with ease, and each weapon had a satisfying function and feel.  But don't take my word for it.  The masterminds at id Software have made a four and a half minute video in which they tell us exactly why Rage is the greatest game you, or your children, will ever play.

If you watch closely you can even see my good friend Tim Willits.  Okay, I don't really know him, but he did give me a hell of a co-op quote in a brief interview.  Something to the effect of... what was it again?  Ah, here it is; "If you make a co-op game without split-screen, you should get your ass-kicked."  That'll work.  Any friend of split screen co-op is a friend of mine.  Rage will be out on the PS3, Xbox 360, and PC on September 13th.  It supports 2 player online or local co-op through its "Legends of the Wasteland" mode.