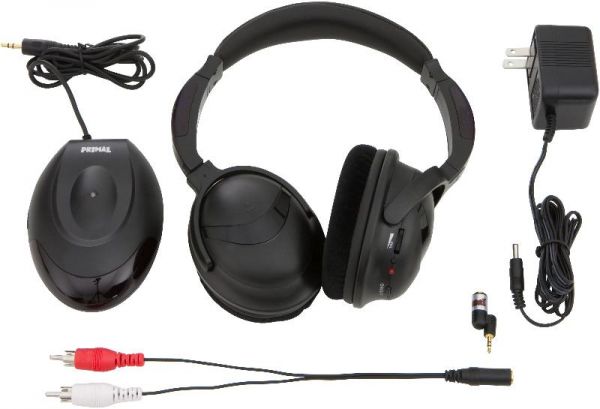 Headsets are becoming more and more popular, and as you've seen before,  we've been covering a variety of them.  Some sets are wired, some wireless, all are crucial to your gaming and co-op experience.  Like any good headset, it's only good if there's a quality microphone to communicate.  The new Primal Wireless Headset from Rude Gameware offer a unique solution to a completely wireless package.

The infrared based headset will run you $99 and included in the box are a transmitter, pair of headsets, an adapter cable and most interesting - a directional microphone that plugs into the base of your 360 controller.  So while the headsets could technically work on any audio source, the microphone is specialized.  What's interesting about the mic is there's no wires at all, and only a small direction nub that'll pick up any audio.  No annoying foamy thing at your mouth!

Destroy Your Hearing from Over 25' Away!

Jupiter, Florida - May 06, 2010 Gaming industry newcomer Rude Gameware today announced the Primal Wireless Headset for the Xbox 360® video game and entertainment system from Microsoft. The only completely wireless headset available for the Xbox 360, the Primal XBOX 360 Headset features high quality sound via digital infrared transmission over 25' feet and an exclusive fully wireless mic. Gamers no longer have to be dogs leashed to their controllers. Now they can jump up to pay the pizza guy without getting jerked back by a cord or missing a moment of XBLA smack.

Unlike other wireless headsets, the Primal doesn't interfere with your wifi adapters, and it even works with your home theater or TV audio. So whether you're blasting the stereo in Grand Theft Auto or just catching late night re-runs on G4, you'll never have to hear the dreaded "turn it down" nagging.

In addition to the high tech sweetness, the Primal headset is super light and übercomfy so you can wear it for hours. Volume control is also at your fingertips, conveniently built into the headset. Just remember to take it off before you leave the house.

"I didn't get to have a quote in the last press release," said Michael Epstein, Chief Rude Officer. "I was kind of bummed about that, so it's great I didn't get overlooked this time."

The Primal Wireless Headset for Xbox 360 is now available throughout the land for a suggested retail price of $99.95.